The Leopard is one of Africa's most breathtakingly beautiful big cats and an esteemed member of the Big Five. If spotting leopard is a priority, you should book a safari in Sabi Sand private reserve.

You can identify leopards by their spotted coat of fur, stockier build compared to the cheetah, and the typical "Panthera" head shape – similar to that of the lion and jaguar. Male and female leopards are not easily distinguished.

Leopards have the greatest range of any African animal – an omen to their adaptability. They can be found just about anywhere in Southern Africa, along with its coast, in the Drakensberg mountains, the Kruger National park, and its surroundings. Kruger Park Safaris in the luscious bush in the southern part of the park is where these shy animals are seen regularly. 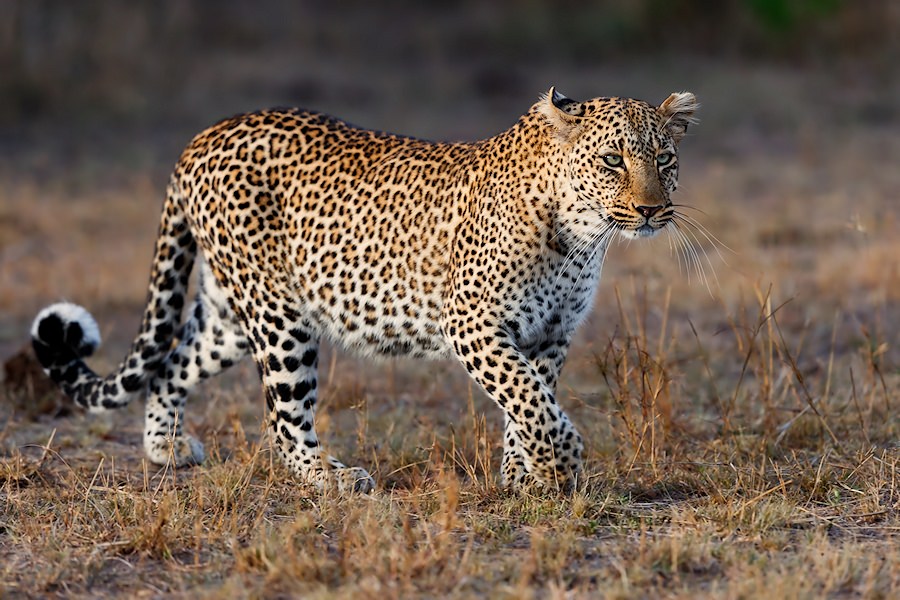 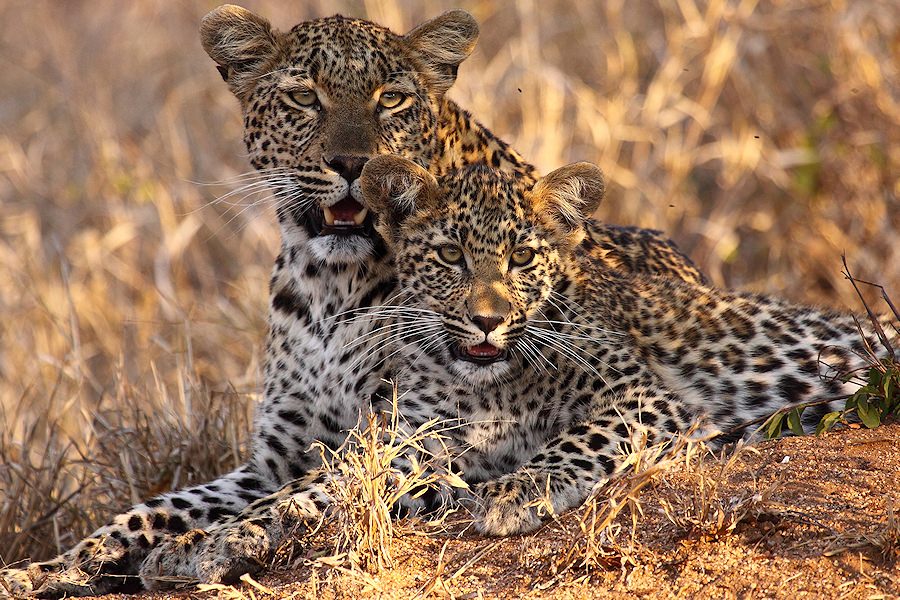 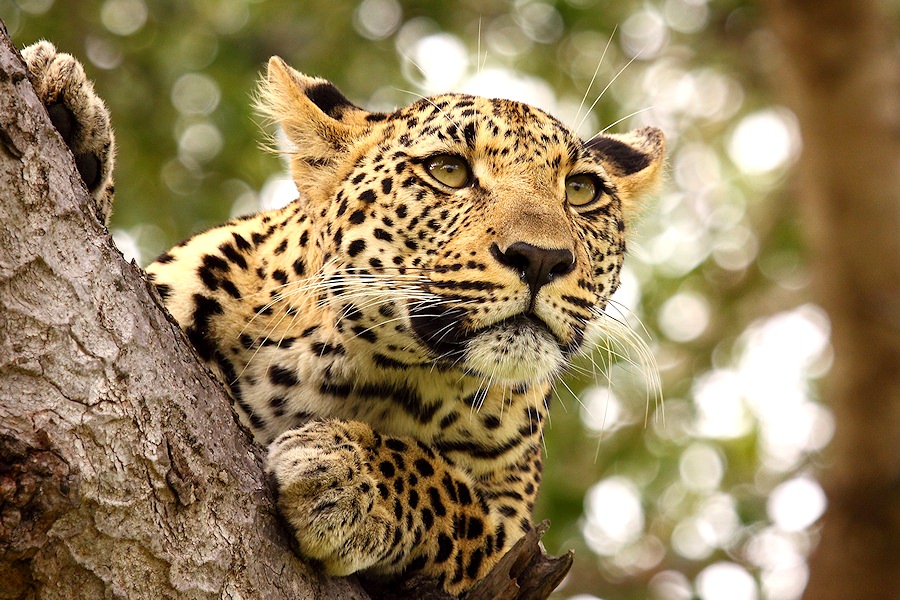 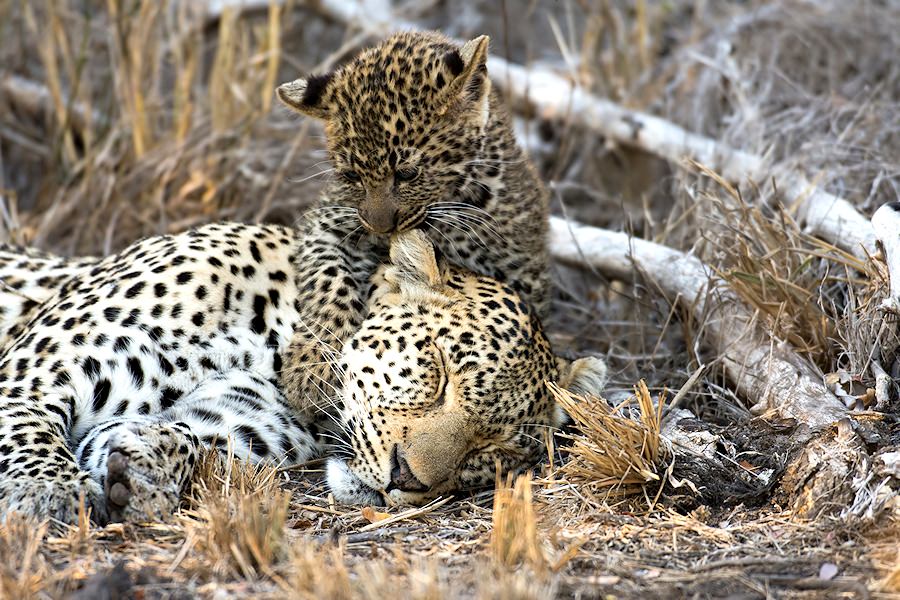 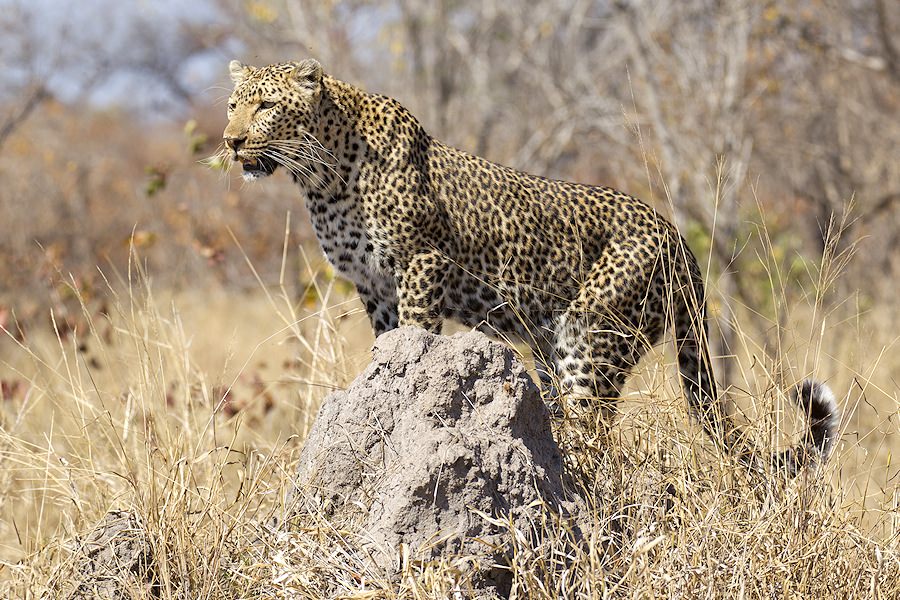 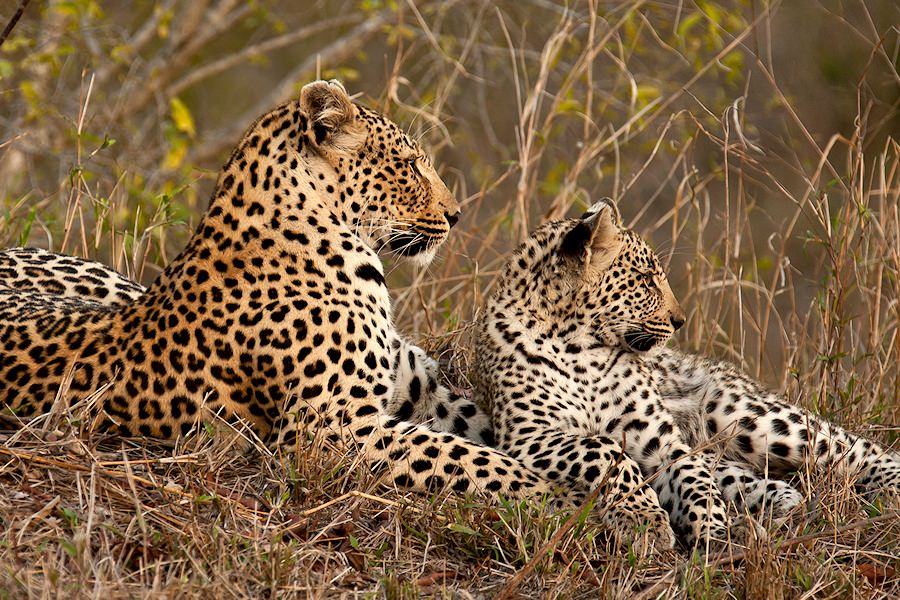 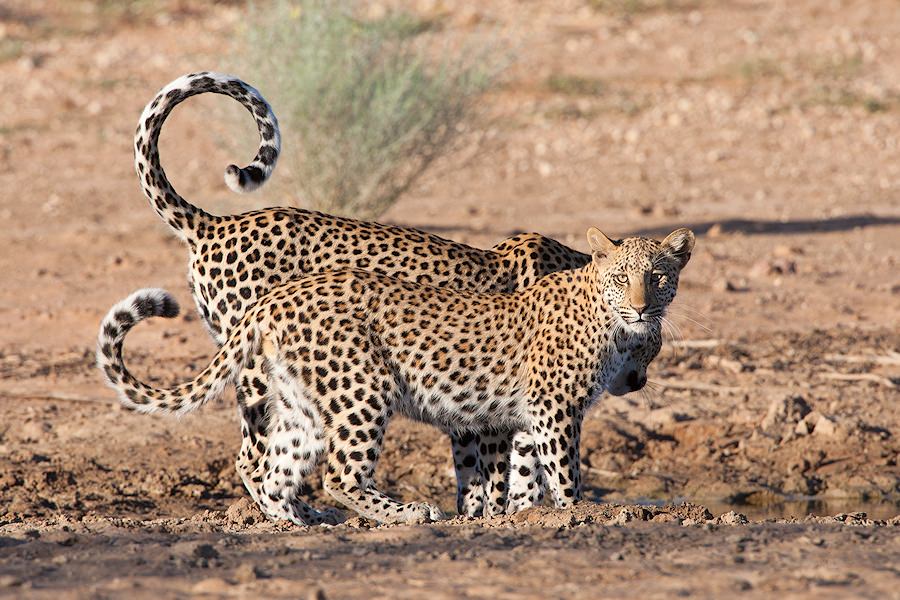 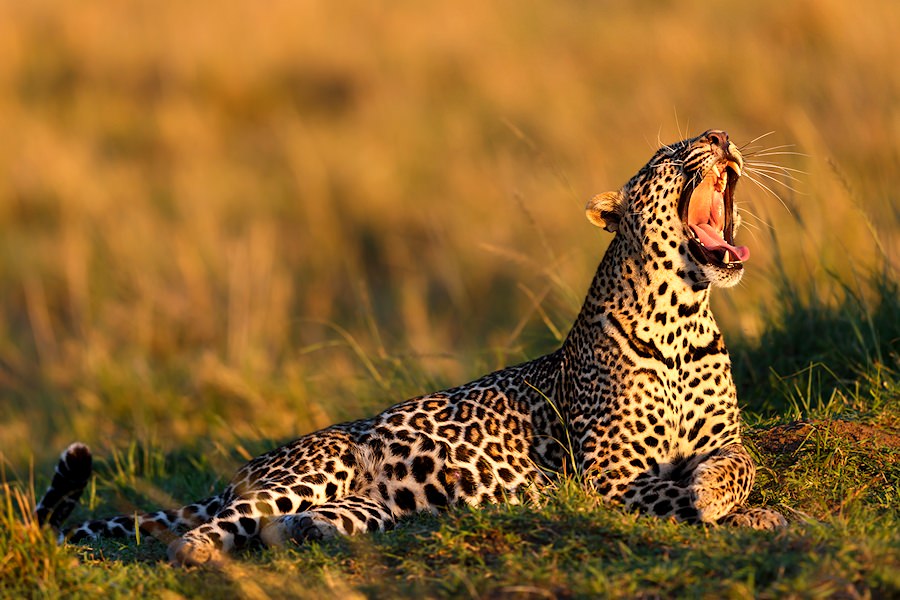 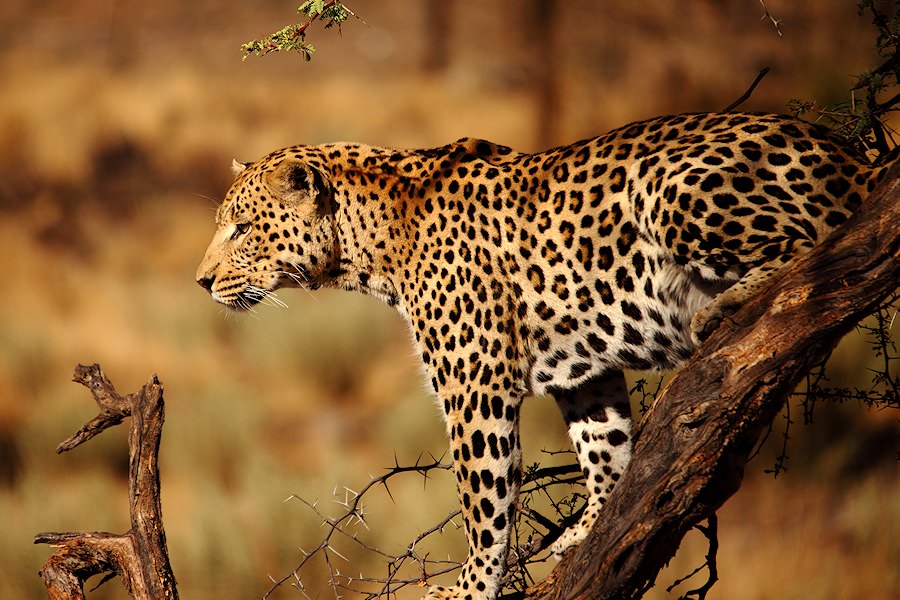 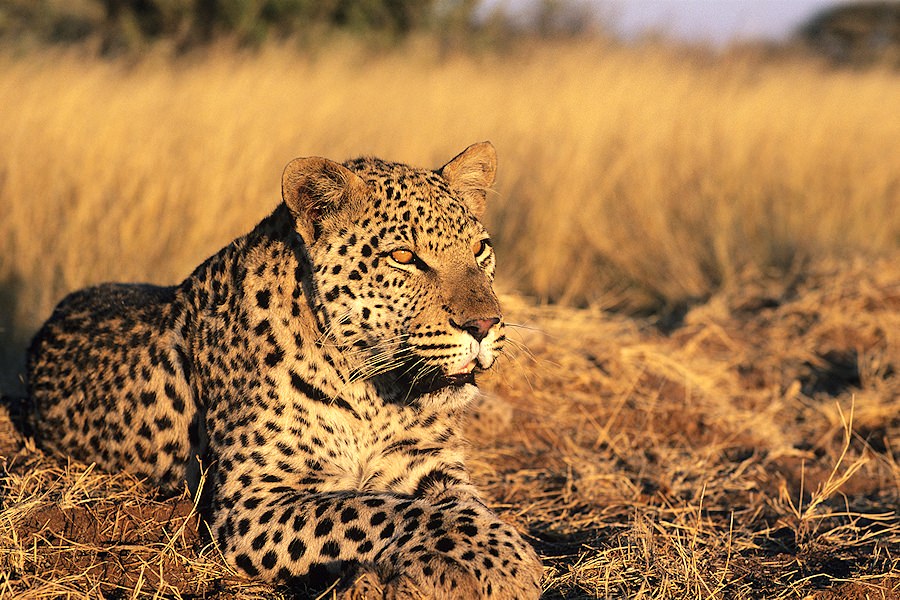 Spoil yourself on a luxury safari adventure to the Sabi Sand, where you will undoubtedly encounter leopards on game drives.

Best of the Sabi Sand

This safari package is aimed at the connoisseur that wishes to experience the finest safari lodges in South Africa.

Leopards are common, as one might expect, and are one of the few sub-Saharan animal species that have not been affected as much by habitat loss. The secretive nature of the lives of leopards has kept them out of harm's way for the most part. It has contributed significantly to their survival and adaptiveness to change – they are still widely found on game farms, private reserves, and national parks throughout Africa. You might not easily come across a leopard, but this is not due to their population, estimated at over 700 000 in Africa – 35 times more than the total lion population and over 100 times more than the overall cheetah population.

Leopards are found in many different habitats and ecosystems, from the Kalahari desert to the rainforests of the Congo, with a variety of sub-species that have additional minor adaptations to suit their specific environment. The main thing leopards need is a permanent water source, a place to find shelter, and enough cover to stalk their prey. They are good tree climbers and usually sleep in trees. They also drag their prey into the trees, preventing hyenas and lions from stealing their kill and ensuring that they can feed unhindered – a strategy that has contributed significantly to their success. Because they do not have a pride to sustain, leopards inhabit areas where lions no longer occur.

They are solitary animals and are rarely found with others of their species. They are also very territorial animals, as solitary species usually are, with territory sizes varying considerably based on the relative abundance of prey in the area. The Kruger National Park's average territory size is around 1 square kilometer, for example. Prime territories, such as those near a water source, like a watering hole or river bank, are often heavily contested. You can often hear howling leopards in the evening in the Kruger National Park because two leopards are fighting over a particular territory. Leopards are generally nocturnal hunters, preferring the added advantage the cover of night gives them. They have exceptional night vision.

We recommend the following National Parks and Private Reserves for the best chances of spotting the leopard on safari game drives and bush walks.

They are very secretive cats. Mothers raise cubs alone, only coming into contact with males for breeding purposes. Mothers may continue to see and socialize with their cubs even after they are not dependent on her for food and shelter – roughly from 22 months of age. Conversely, males only come into contact with other leopards when there is a dispute over territory or prey or when searching for a mate during mating season. Leopards often vocalize, whether to scare off baboons and other pests or intimidate another leopard. However, a far more familiar communication medium is olfactory scent-marking, where a leopard sprays urine others can then identify by its acute sense of smell. Olfactory scent-marking is used when demarcating territory and searching for mates.

Males search for females during mating season when females leave their scent during a week-long period when they are in heat. This behavior is necessary because leopards rarely see one another and would never mate if they had to rely on coincidental encounters. The mating period typically starts in the dry season to ensure cubs are born in the wet season when food is plentiful. Their mating rituals begin when a male finds a willing female. They then, like lions, mate roughly every 20 minutes for days to create the highest possibility of impregnation. The mother will carry her litter for 90 to 105 days if breeding is successful. Litters typically consist of 1 to 2 cubs, both of which have a good chance of survival.

The biggest enemy of leopards in Africa is lions. Their entire hunting strategy may have evolved around the fact that lions would outcompete them on the open savannah. A 50kg leopard is no match for a 120kg lion, and on top of that, lions organize themselves in prides, which can easily steal food from a leopard. Hyenas, both spotted and brown, pose the same problem for the survival of leopards in regards to obtaining food and keeping it for as long as possible. When faced with the prospect that a lion or hyena might attack or attempt to steal a kill, a leopard turns to the trees. Neither lions nor hyenas can climb trees, and, as a result, leopards are the kings and queens of the trees. Large troops of baboons are often a pest to leopards and may quarrel over the best tree dwellings, but the size of the leopard always gives it the upper hand in such disputes.